The 5G Network: All your questions answered

The world of smartphones and online activity is constantly developing – and it can be hard to keep up with the latest news and updates. Although, we know it’s important to for the sake of our kids and family. Thankfully, we have you covered. The newest trend soon to dominate our devices? The 5G Network.

You probably have a lot of questions, and we’re here to help. This is your go-to guide for 5G: how it will affect you, your family, your phone, and your internet connection. Whether you’re confused about what it is, what the privacy concerns are, or wondering why there are conspiracies saying it causes cancer, we have you covered.

Download speeds of 20GBit per second is rumoured to be the norm soon. Meanwhile, the current 4G Network has a max download speed of 1GBit per second and and an average speed of around 10-12MBits per second. That’s a very shocking difference between our current connection and the next evolution of mobile connection – if these rumours are to be validated, this makes 5G 20 times faster than 4G.

🤔 How will 5G affect my family?

5G will affect us in a number of ways, with most being positive. From the vastly increased connection speeds there will likely be no more irritating waiting periods while image-heavy websites load, or while streaming videos online. There are already claims that 5G will allow us to download HD films in just a few seconds – We know we’re certainly looking forward to spontaneous movie nights now.

Although these are all positive attributes, this probably also means our kids will be able to get online within the blink of an eye. Being prepared for this jump in speed is necessary prevent our kids from becoming too screen-obsessed. This is especially relevant in regards to online video games using 5G, which make it way easier for your kids to connect to and even stream video games.

When the option of being online is just there for the taking, it can be difficult to say no – especially for developing children. Try implementing or properly cementing time limits for your kids when it comes to screen time – can’t have screen time taking over their lives entirely! Lucky for you, we even have some handy tips for screen time here – you’re welcome. 😉

🌏 When will 5G be available in Australia?

5G will begin rolling out throughout the latter half of 2019 and enter the mainstream market throughout 2020. Despite this, it’s important to consider where you’re located in comparison to the network. Metro CBD areas will no doubt be the first to connect, with rural and remote areas following afterwards.

Although 5G will launch here in the next few months, this doesn’t necessarily mean the online market will take full advantage of it just yet. 4G launched around 2010, but some of the more popular apps that take full advantage of 4G now, like Uber and Spotify, were worked on and released a few years afterwards. We can expect a similar chain of events for the 5G Network.

Get ready to swipe away those lousy internet speeds! 📶

As of now, the current generation of smartphones do not use 5G. This means in order to properly utilise the network we’ll have to lighten our wallets a little. Smartphones implementing 5G are beginning to be developed and released to the public for the remainder this year and in 2020.

Some of the bigger tech companies have already begun announcing their plans for 5G-compatible phones. The Samsung Galaxy s10 5G is already planned to be one of Australia’s first 5G mobile devices. Meanwhile, Apple hasn’t officially announced anything on their end, although word on the street is it’s likely they won’t release a 5G compatible phone until 2020. Many other companies have also announced plans to release a 5G compatible phone in the next year or so, meaning there’s no shortage in sight for 5G devices in the future.

… So basically, unless you’re super eager to get onto the new network, it’s totally fine to wait a little before purchasing a 5G-compatible smartphone.

Generally speaking, NBN has download speeds of 50MBps with upload speeds of 20MBps. The drastic speeds 5G is supposedly offering could be considered a problem for NBN.

Don’t go throwing your modems away just yet, however! NBN itself is still being incorporated in many homes across the country with future upgrades in store for it, so currently it’s not certain whether NBN will match 5G Network speeds down the line.

It’s all speculation at this point, but one thing’s certain – the future for online networks and connectivity isn’t slowing down anytime soon.

5G is a big deal, but it’s important to remember the high expectations we’ve heard might not always translate into reality. Who knows – 5G might be a total internet disaster! (Fingers crossed that it isn’t though 🤞). Regardless, we’ll certainly be looking forward to downloading HD movies in under a minute.

Are NBN and internet speed still a problem in your household? 5G hasn’t graced us just yet, but in the meantime check out our wireless solutions: Mobile broadband and Home Wireless Broadband!  No technician or waiting time required.

Your kids and bullying – What you need to know 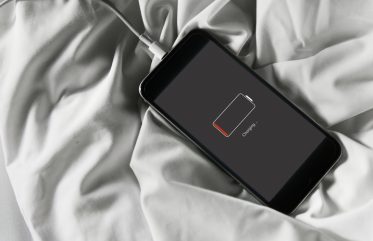 Boost your smartphone’s battery with this handy guide